Profiling and improving the runtime of a large pytest test suite

At work we have a large code base for one of our main products. This code base has been growing for about 5 years now and there is no end in sight. Naturally, the test suite required to test all that code has been growing with it. It started out using the unittest module from Python’s standard library and was migrated to pytest as the testing framework and test runner a couple of years ago. Pytest is the de-facto standard for automated testing in Python today. Not only is it very powerful and extendible, but it’s also a great example for a thriving open source project, adding new features and spitting out releases faster than many commercial products.

The test suite now contains about 1500 tests, many of which go beyond the traditional concept of a unit test. We use the web application library Werkzeug for our project, which provides a nice test client to simulate HTTP-requests during tests. Such tests are probably better described as integration tests, though the lines between the different categories of tests are rather blurry.

Naturally, with the increasing number of tests the execution time also went up. In this article I want to discuss if this is even a problem, what we can do about it.

As mentioned above the test suite in question is a bit of a mixed bag of “true” unit tests and integration test which simulate a lot of the real application. This includes http requests and database access. We use a sqlite in-memory database for the tests, while the production db is usually managed by postgreSQL. Using different SQL dialects in tests and production is arguably problematic, but that’s a topic for another time.

We make heavy use of pytest’s fixtures to provide tests with streamlined access to the application under test. For example the client fixture creates a db engine, initializes a session and creates all tables, before it is connected to a Werkzeug test client.

When I started diving into this topic the test suite had a runtime of about 5 minutes on a reasonably powerful PC without the use of pytest-xdist (i.e. one one machine and core only)

First of all, I’d like to discuss the motivation behind this project. Why even care if the test suite is slow, just let your continuous integration server handle it? Can a runtime of 5 minutes even be considered slow? When discussing these questions with coworkers and on twitter, it became clear that it’s very much a matter of perspective. For some people it’s fine if the test suite takes long others are annoyed by it. Some say 5 minutes is a great runtime others find it way too slow. So here are my reasons for trying to improve the test suites runtime:

1) A slow test suite slows me down during development and bugfixing on my local machine. While it is true that I rarely run the whole test suite while actively working on a piece of code, I do like to practise test-driven-development and therefore run the test very frequently. Therefore even small improvements in the performance can be beneficial.

2) Waiting for CI sucks. When everything goes smoothly, it’s no problem waiting for your continuous integration server to complete the tests and then see the green ticks appear, but when you’re out hunting bugs or trying to work out why-oh-why that one test sometimes fails on CI but never on your machine, it can be so annoying to wait every time.

3) A slow test suite could be a sign that the application itself is slow.

Working on any sort of performance issue, like I was here, is a very specific kind of problem which can become frustrating very quickly, especially if you spring into action too soon. There are two very important rules:

1) Measure before you do anything. Be absolutely sure that the part of the code you’ll be working on is the one that’s slowing things down.

2) Optimization anywhere else but at the bottleneck(s) is irrelevant. It may be tempting to shave another couple of milliseconds off that sorting algorithm, but it’s not gonna win you anything if that’s not the main problem of your application.

If we’re transferring this to the slow test suite, we must first find out why the tests are slow and what we can do about it. Of course any improvement will help the overall runtime, but it would surely be most beneficial to find issues affection all or at least many tests.

So here are some things I found helpful when analyzing the problem:

After profiling and analyzing the problem a bit, I found out, that I had three core problems: The collection phase takes very long. Tests which use a database are somewhat slow (that’s about 80 % of all tests) and some tests unnecessarily produce a PDF on the side by making an external call to pdflatex. So let’s see how I went about fixing these issues.

The collection phase of the test suite took about 25 seconds. Now that’s not too long for a complete run, but keep in mind that pytests needs to collect all tests even if you only want to run a small subset, so this was very annoying during development.

To do anything about that it’s important to understand how pytest discovers test: For each test run you give pytest at least one file or directory to find tests in. This can be done via the command line or a pytest.ini config file. Pytest will then import all Python modules from these targets and look for functions and classes defining tests (usually functions with a name starting with test_ but this behavior can be customized). In our case, although we have all tests placed in a tests directory, we had pytest pointed at the root directory of our code base. That way it did discover and run a couple of legacy doctests we had lying around from before the pytest days. But it means that before each run, pytest had to import (and possibly compile) the entire code base.

Finding out that a lot of PDFs were generated on the side for each test run was… interesting. I wanted to fix this globally without having to go into each single test and mock it out. So I create a fixture at function scope with autouse=True so it will automatically be used for every test. This fixture mocks the Popen call from the pdf export module. By marking a test with @pytest.mark.dont_mock_pdflatex this mock can be bypassed.

I suspected that having this fixture executed before every single test would add some overhead, but after careful analysis I concluded that the time spent applying this fixture was negligible.

Database setup and tear down

The final optimization I applied had to do with the way we use databases in the test suite. Before, every test that required a database, would request the app fixture which would initalize a database (an in-memory sqlite db, to be precise) and create all the tables. We have about 40-50 tables in our application. This was obviously somewhat inefficient, but it got the job of providing every test with a pristine db done.

After doing some research on the inner workings of SQL databases, I came to the conclusion that a better approach would be to create the database once per session only and truncate all the tables for each test only. The reasoning being that the creation of tables is something that happens rarely during the life cycle of a database, but deleting content happens often. So, database engines are more optimized to do the latter.

I redesigned the app fixture and divided it up into two parts. One session-scoped db_engine fixture and one function scoped app fixture which uses db_engine. The db initialization and table creation is done in db_engine the moment the first test requests app.

The truncating of the db tables could be done in app but since there are other fixtures that use db_engine I wanted it done more generally. So I came up with another auto use fixture, that would check if the current function has requested db_engine and delete all table content if so.

Here’s what the three fixtures look like. I’ve dumbed the code down somewhat to make it easier to understand:

Using all the techniques I described above and some more minor tweaks I manage to reduce the runtime of our test suite to about 50 % of it’s original runtime. Additionally the collection phase was sped up as described above. While doing that I learned a lot about the inner workings of pytest, especially the fixtures.

Many thanks to everyone in this Twitter thread who gave me a lot of input when I initially set out to do this. 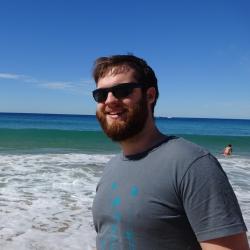